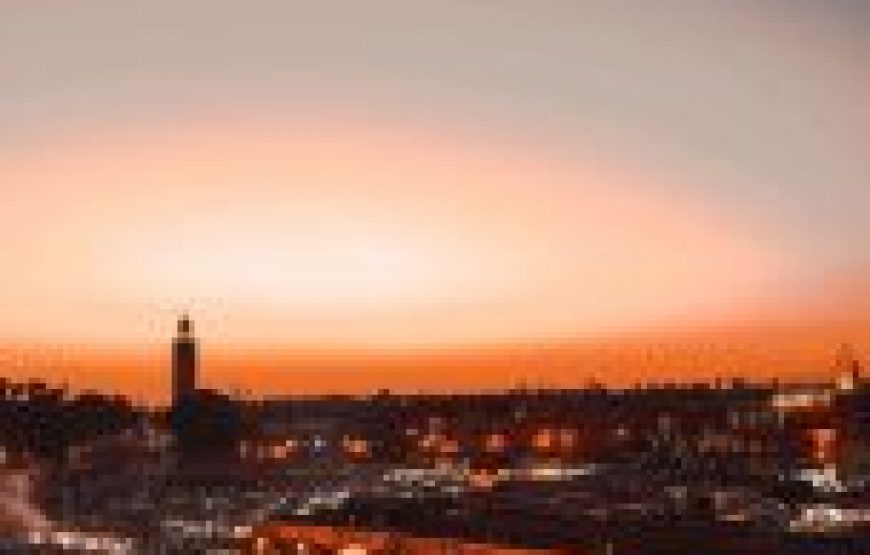 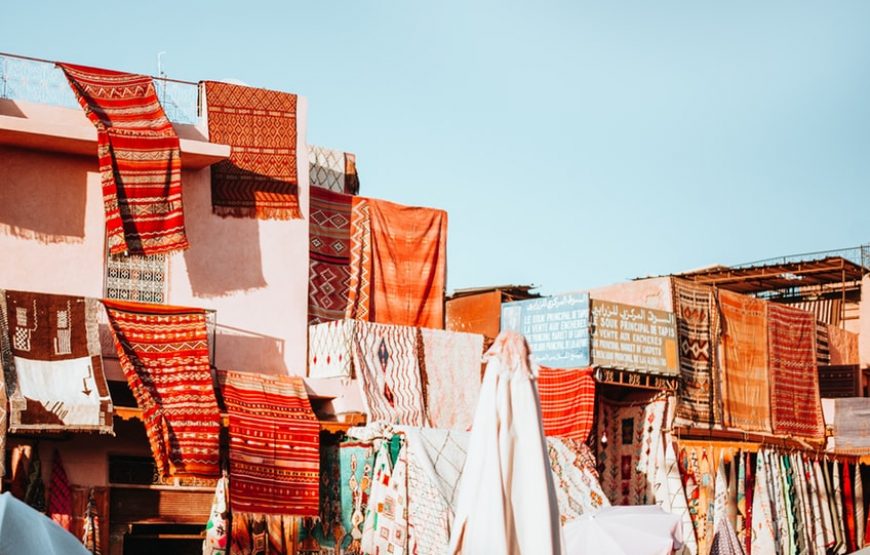 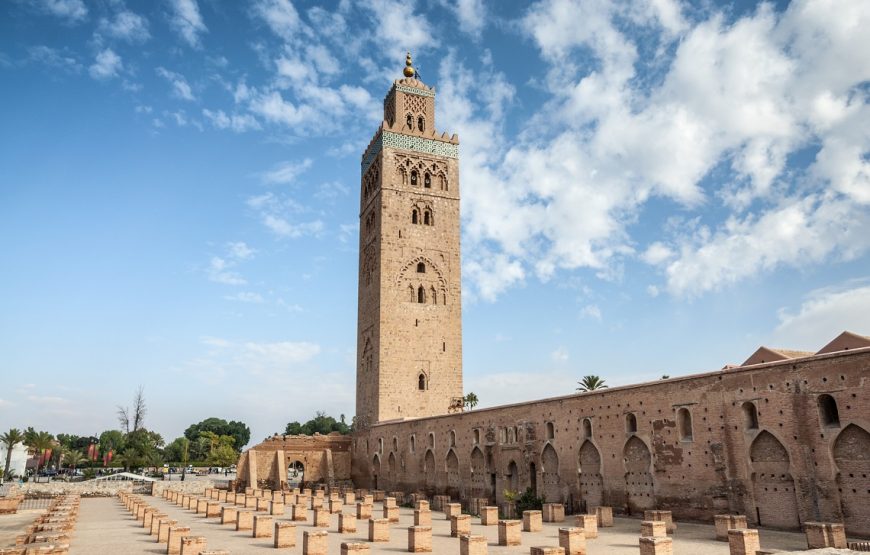 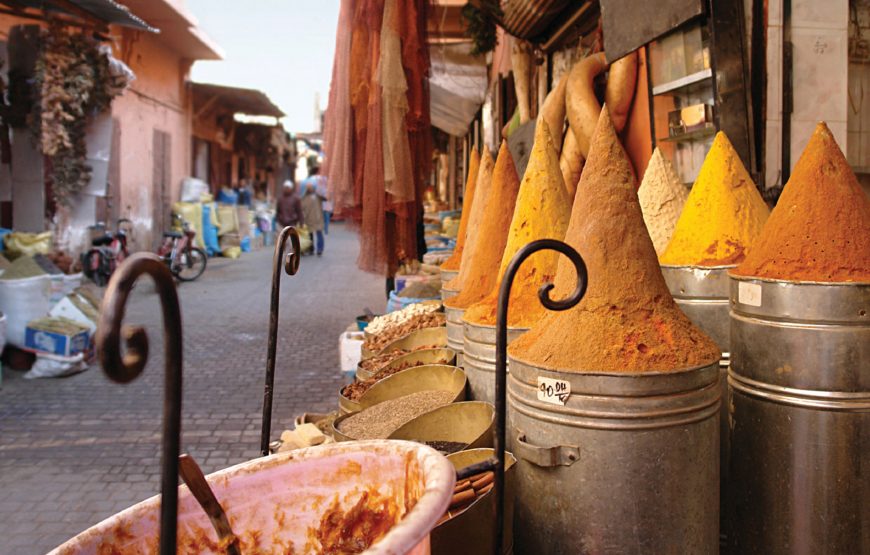 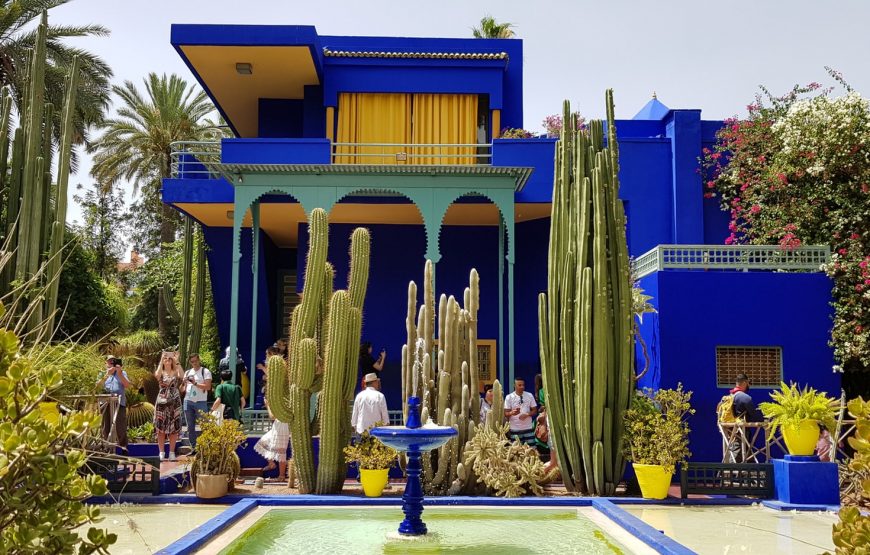 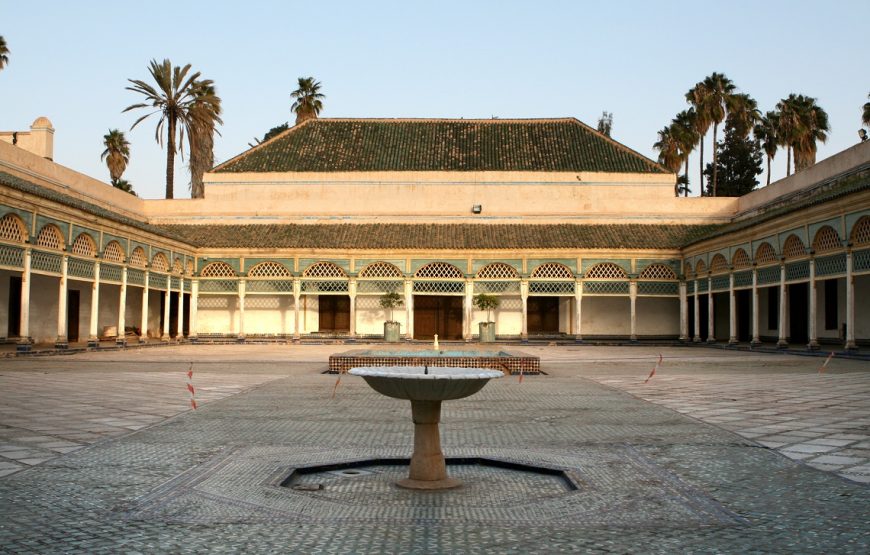 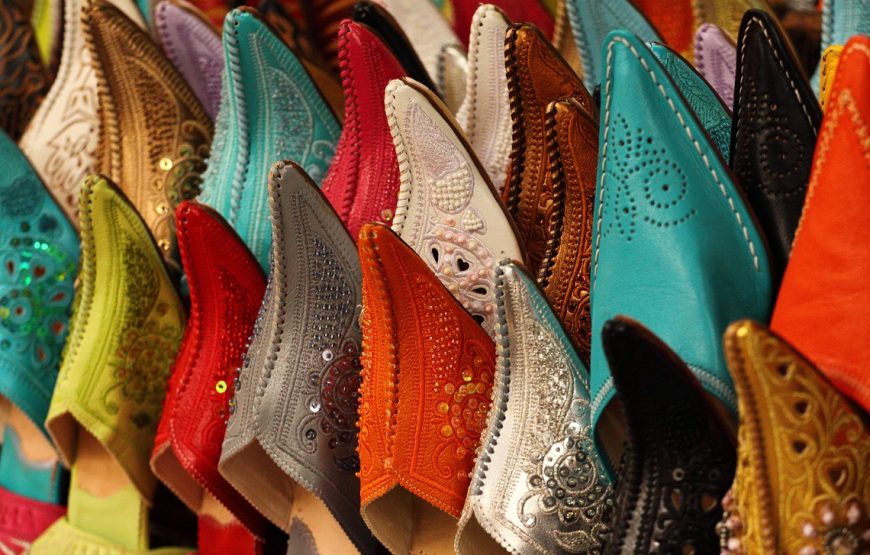 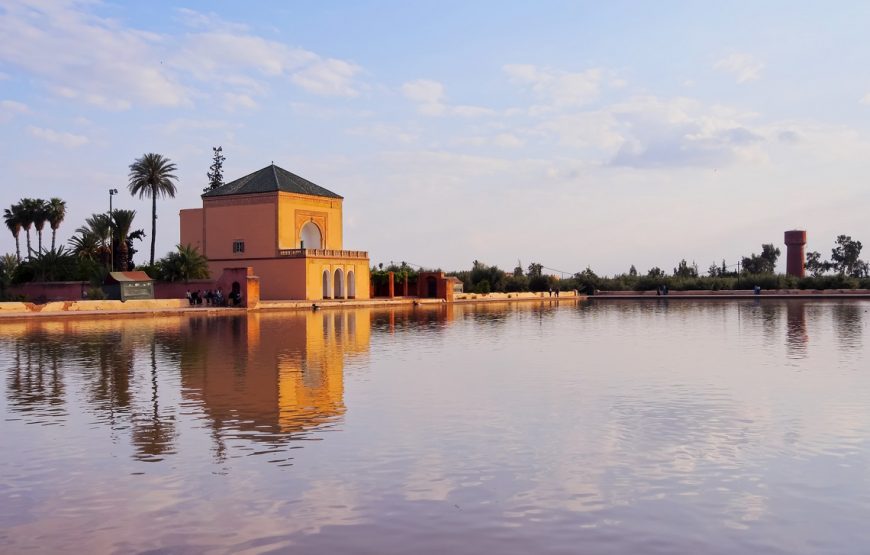 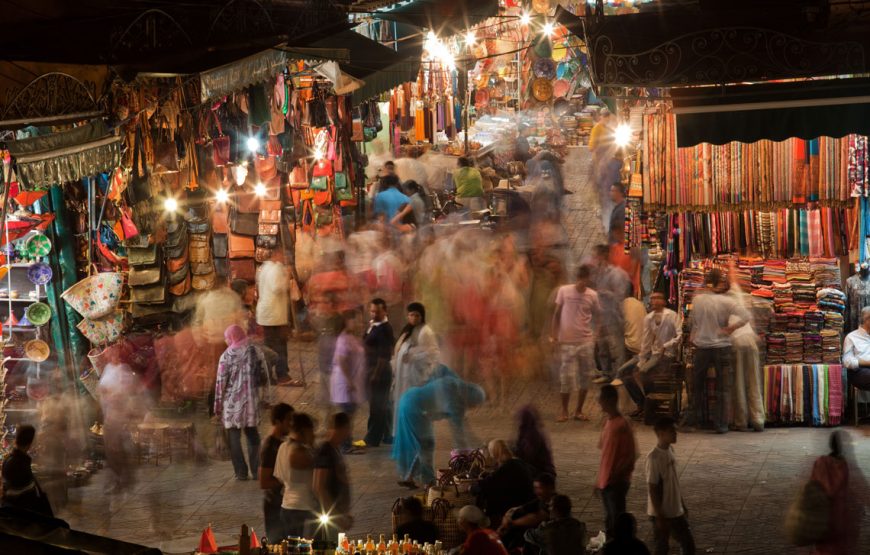 The magic of Marrakech day tour offers you the best of the cultural and historical sites of Marrakech. This day tour will guide you to the hidden gems of Moorish and Moroccan architecture. It will explore the city’s authentic culture and history that span over centuries.  Moreover, you will discover the local souks in the narrow streets of the medina where you can shop for souvenirs. And you will get the feel of how the locals go with their daily life.

After your arrival to Casablanca Airport or Port you will be met and greeted by our representative. Then you will be shown to your transportation. If you are already in Casablanca, we can pick you up from your hotel or accommodation.

You will depart to Marrakech in a private air conditioned van or bus (depending on the size of the group).

Arrival in Marrakech where you will meet your tour guide.

You will start your tour of the main monuments and sites of Marrakech, the capital of the south, which gave its name to the country :
-The Koutoubia or " bookseller mosque" built in the 12th century.
-The Bahia Palace, a veritable maze of corridors and staircases built in the last century with a beautiful garden.
- (if times allows): the Saadian tombs, splendid 16th century mausoleums with the twelve columns hall, a masterpiece of Moorish art.

You will take a break to have lunch.

You will continue your tour of Marrakech:
-Majorelles gardens: the world famous botanical and artist's landscape Gardens created by French artist Jacques Majorelle from 1923-1963 and Yves Saint Laurent’s house.
- Jamaa El Fna Place (UNESCO world heritage site) famous for snake charmers, fortune tellers, and other odd characters.
-The old medina and the souk (market) to get a chance to shop for souvenirs, spices and handmade pottery and leather items.

Please note that the order of the visits included in the tour might change but the tour will be completed in its entirety if the time allocated for each visit is respected.

Leave Marrakech to head back to Casablanca.

Your tour will start and conclude in Casablanca.
Yes, Airport transfers are included in the price of this tour. Airport transfers are performed for the whole group and not individually. Our representative will be at the airport to greet you. To arrange for an individual transfer, please contact our customer service team once you have a confirmed booking. Additional charges might apply
This tour has an age range of 12-70 years old; this means children under the age of 12 will not be eligible to participate in this tour without the presence of an adult. However, if you are over 70 years please contact us as you may be eligible to join the tour.
You can find answers to our Frequently Asked Questions here: https://tourmorocco.co/faqs/
or get in touch with us with your questions here: https://tourmorocco.co/contact/
(Both links are available in the footer of this page under "SUPPORT")
from 1.296د.م. 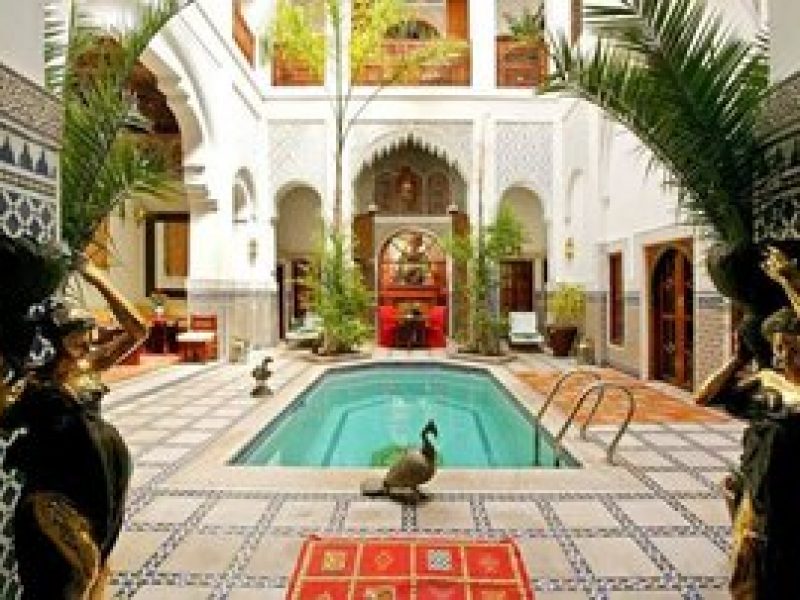 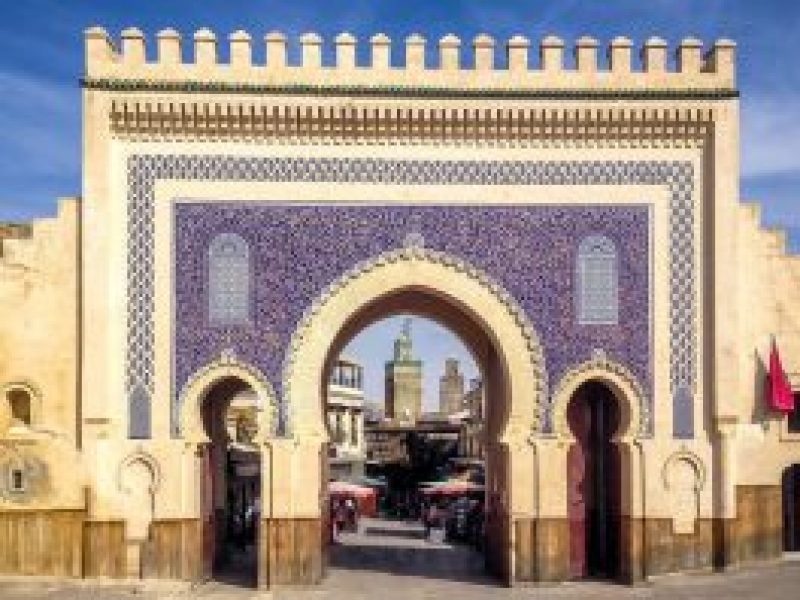 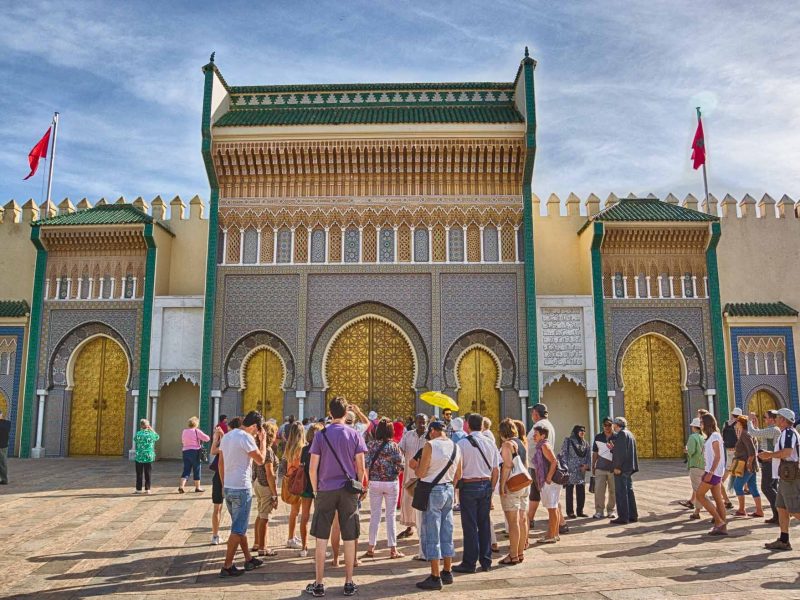